Select a Vehicle to ensure proper fit! Show only products that fit your vehicle click here 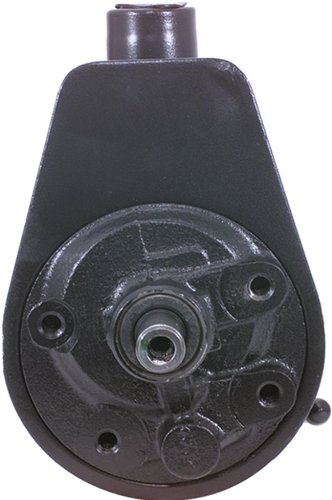 FREE SHIPPING on order over $100 CAD
shipped from same warehouse

We accept most credit cards including Visa, MasterCard and American Express. We are also one of the first stores in Canada to accept the new Visa Debit Card. In addition we also offer PayPal as an option to you when you place your Canadian Cardone Power Steering Pump order on our website.

Login to Post a Review
Power Steering pump, Resevoir & Return hoses for 2005 Rumble Bee 5.7L by Steve Broadhead, August 22, 2018
Overall Rating
Appearance
Ease of Use/Installation
Quality
Performance
Parts arrived within a week. They looked new and of decent quality. I had a shop install the Power steering pump/reservoir/return hoses and (high pressure hose-bought at shop). Truck steering is like new again :)
... pump ship to Costa Rica saving lots of money good replacement part by Freilan M., April 13, 2015
Overall Rating
I had this pump ship to Costa Rica saving lots of money good replacement part, Replaced and working propertly thanks.
Five Stars by Pedro Sanchez, March 2, 2015
Overall Rating
100%
Five Stars by colored boy, January 1, 2015
Overall Rating
good price quick service bargain
got what I ordered by kenglenn, August 16, 2014
Overall Rating
it is the right one did not have to return it for the right one
Five Stars by jeff green, June 30, 2014
Overall Rating
replaced my old pump works great
Cardone Reman PS Pump 21-5907 by RotorheadTech, November 15, 2013
Overall Rating
This reman unit appeared very well reconditioned, fit perfectly & @ a good price. Replaced a leaking unit on a 97 Accord and is the economical choice rather than replacing just the leaking seal, considering time and effort. Also, DIY rebuilding a component often uncovers unforeseen flaws/wear/cracks/etc. in what you are rebuilding, hence the justification in higher initial cost but savings in time/effort.
Bought as a replacement. by Brian D Snarr, October 3, 2013
Overall Rating
The price was better than my local auto parts store. The pump went in just as expected and it works fantastic. Its nice to be able to turn the steering wheel again without revving the engine!
Fantastic value by Jim McDougall, May 30, 2013
Overall Rating
This unit is so easy to fit. The hardest part is undoing the fixed pipe nut, but once that is undone everything is plain sailing from there. It's quiet strange driving my Jeep now, I can here the motor running!!!
Perfect fit and no more leaking by Ryan Stabell, May 22, 2013
Overall Rating
This power steering pump is great replaced my old pump perfectly, from 1989 F-150, the only thing is it whines a lot. But there might be an air bubble somewhere causing it no big deal about that. Only bad thing is that the reservoir is black so it is almost impossible to see how full the pump is without taking the cap off.
Click to Get More Reviews
×

Get Your Discount Coupon Now

Sign up for our email newsletter to get early access on exclusive deals and offers. Your instant coupon will be delivered to your email upon completion.
No thanks. Your prices are low enough. Close