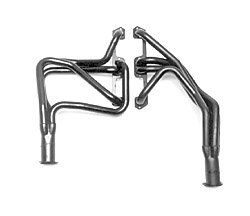 FREE SHIPPING on order over $100 CAD
shipped from same warehouse

Hedman Hedders h5678050
At AutoPartsWAY.ca our goal is to stock your exhaust header in Canada.

If you ever have any inquiries about the exhaust header from that you are attaining, always feel free to contact our capable sales staff by phone, email or live online chat and we will do our finest to answer any queries you have prior to your purchase.

We make it easy for you to purchase your 1967 Plymouth Belvedere II exhaust header in Canada. You can always purchase thorough our website, but if you prefer, we will also gladly accept your order on the phone or using our live online chat. If you need help placing your Canadian 1967 Plymouth Belvedere II exhaust header order, simply call our toll free number. Our representatives are waiting eagerly to assist you.

Visa, MasterCard and American Express are the payment methods we prefer, however we also offer PayPal as an option to you when you place your Canadian 1967 Plymouth Belvedere II exhaust header order on our website. With thousands of satisfied customers and many years of servicing our Canadian based clientele, we have become the company of choice for exhaust header in Canada. Buy from us and have your order delivered quickly and accurately at a fraction of the price you would expect to pay.

Get Your Discount Coupon Now

Sign up for our email newsletter to get early access on exclusive deals and offers. Your instant coupon will be delivered to your email upon completion.
No thanks. Your prices are low enough. Close